The 3rd Modeling Meeting Almogávar was held in Barcelona during the past 22 - 23 november. It is wothr mentioning here that he Almogávares were fearce Spanish warriors during the Reconquest period (12th Century). Therefore, there's no better name to define this event and the more than 400 pieces submitted for the contest. Thanks for the organization and Samarkanda Miniatures for their hospitality.
Pictures of the event in this facebook link

Resinlab Models was present at the exhibition to close its fair season this year. During the event present two new busts: Alien Queen and Gygax the eternal Master (1.). I'm a big fan of RPGs and this is my particular homage to the games of my childhood. Alien Queen is the second reference but is out of stock. Should have done more copies !!! The great surprise was meeting at the contest three different versions of the figurine Dwarf Osprey Cockpit (2.), a small bust that we usually sold in fairs for 5,00€, and we send as a present with each purchase through my Ebay Shop. One of the versions was particularly brilliantly painted by Pascual Sales from Castellón, and it even won the silver medal.

Rapid Interceptors appeared as an alternative to attack motorbikes, yet with the advantages of gravitic vehicles. They can fly above the earth saving small obstacles, and above the water.

Rapid Interceptors are equipped as standard with two powerful turbo laser coupled to the chassis, and drivers can use grenades and other hand weapons while driving. Its production was limited to a small number of prototypes, so there are only a few drivers able to control them.

The Rapid Interceptor kit includes two versions with different drivers and a third kit representing an aircraft shot down during combat. The price of each kit is 22.00 € and 10.00 € for the scenic piece, though they can be purchased together to get a better price. 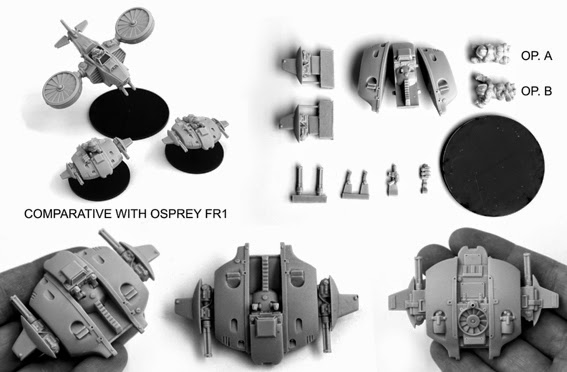 You can buy this model through EBAY store or email enrique.maquetasyprototipos@gmail.com

IMPORTANT: All orders will be sent Wednesday 1st October 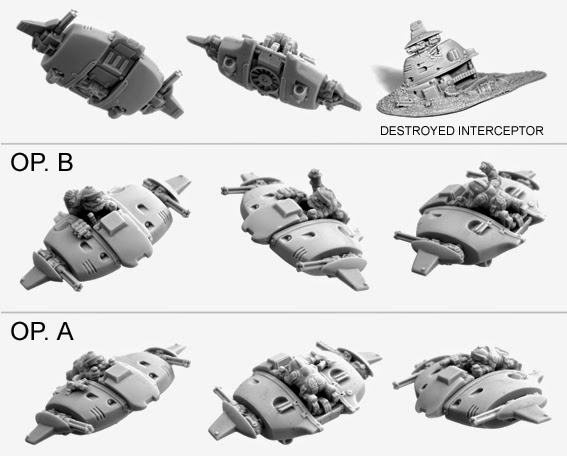 We are working on better pictures. For more pictures of the kit please write to our email, thanks!!! 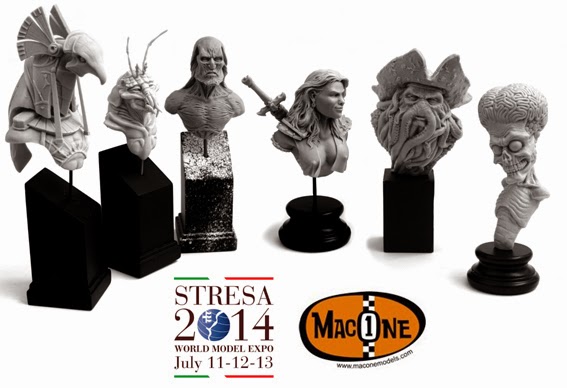 One of the great events on scale models is the WORLD EXPO, which is held every four years at a different city of the world. I had the chance to be exhibiting at the World Expo 2008 held in Gerona, Spain. The experience was amazing and I keep awesome memories of those days. So, if you're a fan of modeling do not hesitate to come to the beautiful Italian town of Stresa on July, 11th-13th.

Though I would love to attend the event, July is a month of hard work... but, not problem!! Our figures will be travelling to Stresa on our behalf!!!. Juan Luis Macone, from MACONE MODELS, will carry to Stresa a selection of our best products. Macone is himself an excellent modeler that I had the chance to work along him, creating scale models for architecture. If you are interested in high quality complements for 1/35 scale kits, you only have to visit his website.
Publicado por Enrique en 22:30 4 comentarios:

Another weekend of hobby and friends!!!

Elche is a beautiful Valencian town known for his beatifuls fields of palm trees and the enigmatic Lady of Elche, a bust of 2,500 years old found under the ground by a farmer in the nineteenth century. In the actuallity this sculpture can be visited in the National Archaeological Museum in Madrid

AIME is the association of modeller friends established in Elche and this year celebrated his second model exhibition contest. The event has gone fourteen stands, 327 models for competition and 83 for exhibition. Many thanks to the participants and especially the event organization. 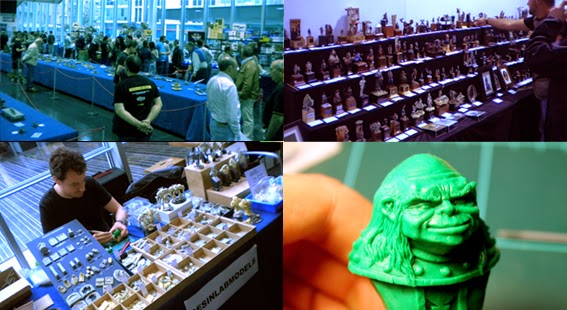 Resinlab Models was there and accompanied by SURUS CREATIONS, a young company  for wargames. During the show I was lazy modeling one minibust, a popular DM that will soon be for sale.

... and the next stop WORLD EXPO STRESA in Italy, my second world Expo after Girona in 2008, more news in brief!!!
Publicado por Enrique en 2:24 1 comentario:

Weekend of hobby and friends!

AMT Torrent has hosted this event for the last 20 years and I can say I've had the honor of being an exhibitor for 11 editions. I started modeling and produce miniatures in 2001 under the trade name Flascinder Miniatures. In April 2003 I attended for the first time at the fair with TRANSILVANIA MODELS and  FANTPLASTIC MAGAZINE

After all these years, AMT has become one of the most important fairs in Spain. I hope to see you all next year!

From left to the right my stand partners:
Onself, Desirée and Óscar from EUPHORIA THE GAME and Lluís from MINAIRONS
Publicado por Enrique en 11:43 2 comentarios:

Many fans of 28mm Wargames have dreamed of giant robots, monsters and tanks on our game boards. The problem is the space occupied by each model and, honestly, Skirmish type games are the most fun.


Paradoxically (in terms of size), large miniatures have always fallen on the shoulders of small businesses and creative. This has been the case with Mike Biassi (Armorcast), Mark Mondragon (Dragonforge) or Laurent Laverdet (Blightwheel Miniatures). Through Ebay I met the terrific model by Marc Gabriel Mondragon, but I hadn’t enough money to buy it. Thus I decided to create my own version under the name Iron Warrior.

The original project was the idea of ​​10 variations of arms and torsos, but finally it crystallized in a single model called Iron Warrior MKI. Only 60 units of this model were produced, and 30 were sold on Ebay. The model enjoyed much success and sold quickly. In order to preserve the concept of "limited edition" I did not intend to reedit this model. However, I still wanting to create new models, and frequently I received orders by e-mail.

I recovered the original model, which was heavily damaged, and I had to redo it almost from scratch. Those customers who purchased both editions will discover small differences between them both. In this second edition also were born MKII Furios and MKIII Iron Claw.


All three models compose an excellent unit to fight large battles. Iron Claw is a very versatile model armed with Gatling cannon and combat fist. Furios, by contrast, provides significant support with its double heavy flammer, no infantry approaching you! The MKI model, the leader of the unit, is equipped with a powerful laser lance and arm saw to cut vehicles into two pieces. 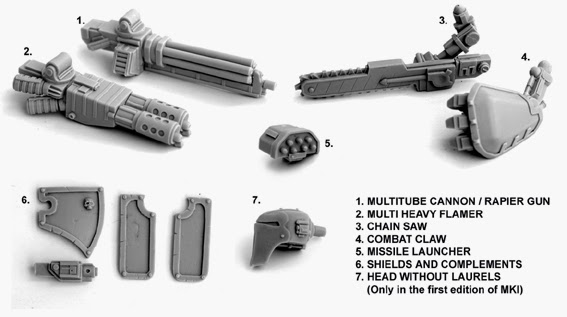 These models’ edition is composed by 150 units, except the MKI model, which is 90 units (90 units 2nd edition + 60 units 1st edition = Total 150 units). Currently I have sold 70% of all issues. All kits include a signed and numbered edition card + black acrylic basement.

The success of other resinlabmodels kits, novelties and comissions, have set aside the MK Warrior project and many new components. This is the case of the fusion cannon, or a scenic component representing a destroyed Iron Warrior model. I started working on a MK4, bigger and armed, but many of its components were transformed into the Death Carrier version.

And final liquidation: I'm not going to expound on the obvious ... the actuallity of the market... but the commercial life of Iron Warrior comes to an end and there is a small amount of stock that would shake off. Starting today you can find on Ebay a batch with the three models + MK Destroyer for only  230.00 € (only 12 lots)
ebay store Resinlab models

I know that the latter may be disturbing to all those customers who have paid an average of 150.00 € for one of these models. But all customers who purchased at least one unit will receive by email a special and exclusive offer for them to complete their collections. The emails will be sent within the next 20 days ( If you do not receive an email at this time, please write me. probably I lost your email)

Any questions or more information in: enrique.maquetasyprototipos@gmail.com 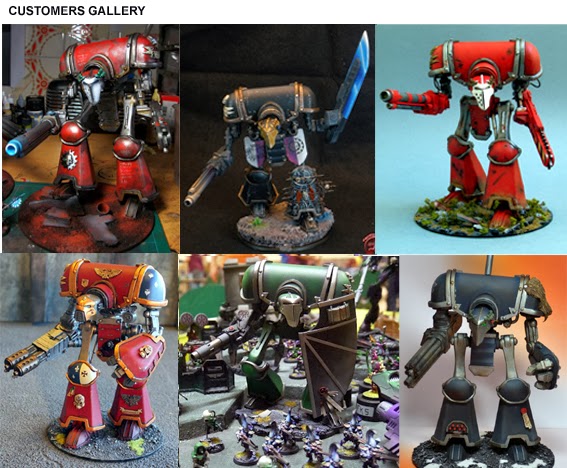 From the depth of the earth... 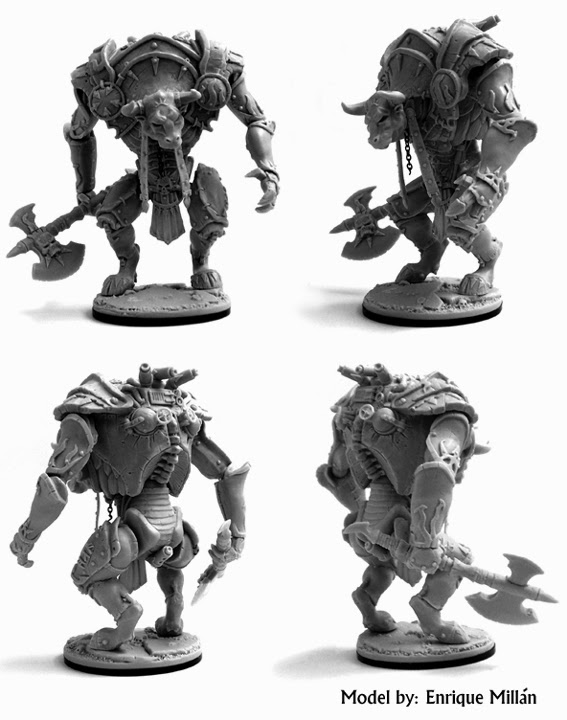 I started modeling this miniature in April 2012 and was completed in December of that year. I wanted to start producing in January 2013, but was not possible until today.

Mechanical Destroyer Asterion is a resin kit that requires assembly and painting. 20 pieces in high quality resin, acrylic base and limited edition card.

Pre-Orders: The release date of this miniature is March 20, but I already have a small stock of 10 units. If you want to have this fantastic miniature and a special launch price do not hesitate to contact me at: enrique.maquetasyprototipos@gmail.com